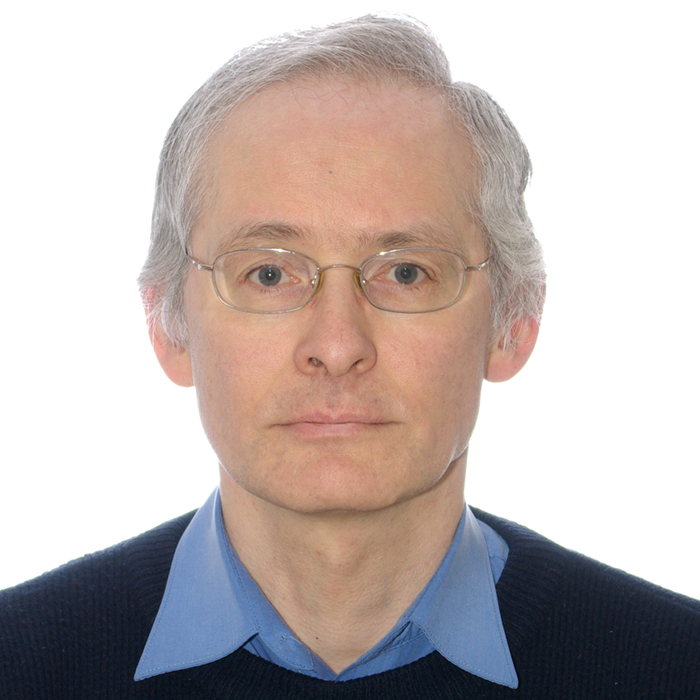 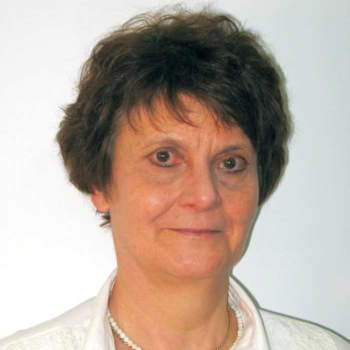 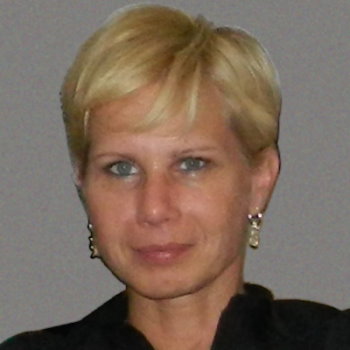 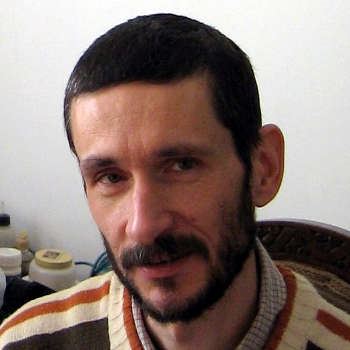 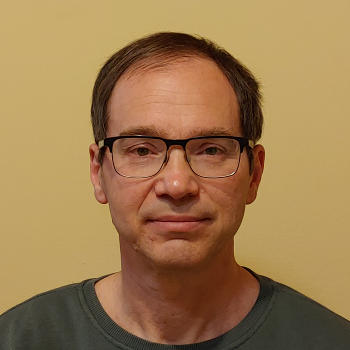 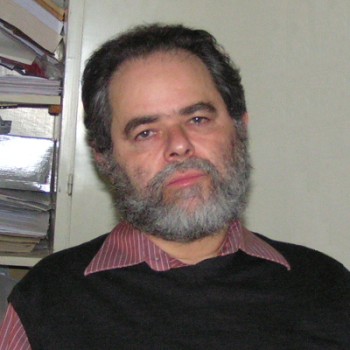 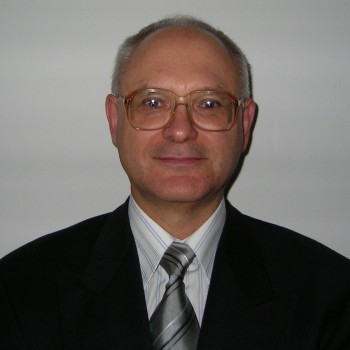 Different devices are used to prepare non-equilibrium alloys from liquid, solid and vapour phase precursors. In our laboratory we use a special melt quenching unit which enables the handling of small mass (1-2 g) alloy pieces in vacuum or protective atmosphere, facilitating sample preparation even for expensive (e.g. isotopically enriched) materials. Melt quenching of larger quantities is possible in the Metallurgical Laboratory of our Institute.

Surface laser melting is a special case of non-equilibrium melt solidification. For this purpose we use a 0.5 mm diameter focused pulsed NdYAG laser beam (20 ns pulse length and 25 mJ energy) which is moved at the surface by a X-Y table, enabling the treatment of an approximately 10 x 10 mm area.

Non-equilibrium alloys can be prepared by evaporation in ultra vacuum (10-8 mbar) environment using an electron beam evaporation unit controlling two independent sources. The machine utilises a liquid nitrogen cooled substrate holder system and is also equipped with a computer controlled thickness monitor. The system is also capable to produce multilayers and the subsequent thermal treatment is one of the procedures used to produce non-equilibrium alloys in the solid state.

For this later purpose ball milling devices are also used: a Fritsch type planetary mill for the treatment in protective atmosphere and vibratory mills which are continuously pumped by a turbomolecular unit.

The non-equilibrium phases are studied by calorimetry, magnetic and Mössbauer spectroscopic measurements. The thermal behaviour is investigated in the 100-1000 K temperature range by a Perkin-Elmer type DSC-2 differential scanning calorimeter. A special home developed device enables full computer control of the measurement, including even temperature modulated measurements.

Besides the ac (0-100 kHz) and dc equipment for studying soft magnetic properties, a Foner-type vibrating sample magnetometer is also used to measure the magnetisation in the 15-800 K temperature and in the 0-1.8 T external magnetic field range. The 2*10-4 emu sensitivity of the magnetometer is appropriate for most of the studies except for thin film and multilayer investigations. For this purpose the infrastructural fund of the National Technical Development Board (OMFB) financed in May 1998 the installation of a Quantum Design type SQUID (Superconducting Quantum Interference Device) magnetometer attaining 10-8 to 10-7 emu sensitivity in the 1.8-400 K temperature and in the 0-5 T external magnetic field range. Besides the standards parts, the RSO measuring head unit (Reciprocating Sample Option) was also bought, enabling an order of magnitude higher sensitivity. Three years later (in March 2001) the fund made it possible to upgrade the SQUID magnetometer by purchasing two further options. The ac susceptometer option works in the 0.01-1000 Hz frequency and in the 0-2 Oe ac field amplitude range. The high temperature oven option operates in the 300-800 K temperature range. Financed by the investment fund of the institute a pressure cell was installed into the SQUID magnetometer in 2010 working below 350 K up to pressures of 12 kbar (1.2 GPa). The cell was fabricated by the High Pressure Laboratory of the Institute of Physics in Prague (see schematic view).

Temperature dependence of magnetization for Fe60Mn20B20 measured in a magnetic field of 10 Oe
after zero-field cooling (ZFC, full symbols) and field cooling in 10 Oe (FC, open symbols) at different pressures indicated.
The Curie temperature decreases significantly on applying several kbar pressure to the sample.
Similar significant pressure effect can be observed on the saturation magnetization.

Mössbauer spectroscopy is used to study the local environment of Fe atoms in alloys and compounds. We have several transmission spectrometers in our laboratory which can investigate 1-50 micrometer thick samples in the 1.5-1000 K temperature range.

Near surface layers (100-300 nm thickness) can be studied by detecting the conversion electrons in a CEMS spectrometer. The cryosystem, which extends the temperature range of this measurement is under development.

The accumulated almost thirty years' experience in the field of Mössbauer spectroscopy and our self-developed computer programs for evaluating even the most complex spectra make possible to compare the local chemical, topological and magnetic structure of the non-equilibrium alloys with the respective environments well characterised in equilibrium systems by other (e.g. diffraction) methods. In the last years we were awarded some National Scientific Research Fund (OTKA), an Academic Research Fund (AKA) and a Copernicus project besides a number of Instrumental Development Grants.

During the past two decades several national and international scientific grants were awarded to our group. The yearly scientific funding is near to HUF 5 Million ( approximately 20 kEuro). The research personnel of the group is active in the solid state physics education at the Roland Eötvös and at the Technical University of Budapest. They are also involved in refereeing for the highest ranking journals of the field. They published several hundred papers which received above 3000 independent citations.

The last accomplished projects in the last 5 years:

The connection between the nanoscale structure, the interface mixing and the magnetic properties were studied in Fe-Al and Fe-Ag multilayers and nanoscale composites. The unusually large magnetic anisotropy of ultrathin Fe-Al multilayers has been related to two monolayer thick Fe regions deduced from the low temperature Fe hyperfine fields. The size of Fe grains in Fe-Ag multilayers with discontinuous Fe layers could be determined from the superparamagnetic properties. Bulk magnetization and local Mössbauer spectroscopy measurements gave similar results and the decrease of the grain size with increasing Ag spacer thickness was deduced. Below certain grain-size a close to perpendicular magnetic anisotropy was observed, which was shown to be independent of mechanical stresses arising from heat dilatation or application of cover layer. Fe-Ag granular alloys prepared by co-evaporation of the components were found to contain Fe grains also in the nano-size range, but no perpendicular magnetic anisotropy could be observed. The notion of sequence permutated multilayers with more than two components was introduced and applied to investigate the top (Fe/B) and bottom (B/Fe) interfaces of Fe with B in Ag/Fe/B- and Ag/B/Fe sequence permutated multilayer pairs. The results show that both interfaces are amorphous, but B concentration of the top interface is higher.

The size decrease of magnetic data-recording units is limited by the onset of superparamagnetism. The key factor that determines this phenomenon is the magnetic anisotropy, therefore it is of great importance to understand the underlying physics in objects with reduced dimensions. By means of low-temperature measurements performed by Mössbauer spectroscopy (occasionally in external magnetic field) and superconducting (SQUID) magnetometer, we studied ball-milled nanometer-size grains, nanocomposites produced by crystallization of amorphous alloys, multilayers and granular alloys fabricated by ultra-vacuum evaporation and sputtered thin layers. It was determined how the magnetic properties depend on the composition and structure of the constituting phases and the magnetic characteristics and interactions of the formed ? occasionally amorphous ? nanophases were explored. Our results make contribution to the goal of tailoring the magnetic characteristics of structures designed for special purposes in case they consist of interacting nanophases.

The study of metal-hydrogen systems has both theoretical and practical importance. To investigate these systems, proton NMR spectroscopy (PMR), electric transport and bulk susceptibility measurements, X-ray diffraction and UPS have been used at temperatures between 4 and 350 K for binary Zr-Ni and ternary Zr-Ni-Cu amorphous alloys charged with hydrogen.

The simultaneous measurements of line-shift and bulk susceptibility enabled us to separate the Knight-shift and the chemical shift contributions to the proton line-shift and thus have given some hints to understand how the electrons arrange themselves around protons in metals. On the basis of spin-spin relaxation mechanism dominant in the high temperature range and from the temperature dependence of the electrical resistivity, the activation energy and correlation time of hydrogen diffusion could be determined as the function of hydrogen and the third component (Cu) content. In contrary to the commonly accepted models, both the hydrogen and the copper content influence the correlation time but do not affect the activation energy. The UPS spectra of ternary systems show Cu, Ni-, and Zr derived states both before and after hydrogenation. It is found that hydrogen had the greatest effect in the region of Cu-derived states. The effect was ascribed to a hydrogen induced phase separation.

Conventional in situ DC resistivity measurement is used for monitoring the H content during absorption and desorption processes and also for the determination of diffusion parameters. Simultaneously, the maximum hydrogen storage capacity in the amorphous Ni1-xZrx alloys was determined. Electrochemical measurements have also been performed on these alloys in order to characterize their behaviour with regard to their potential applications as metal hydride battery electrode materials.

We study the relations between the hydration properties and the solvent accessible surface of proteins. Our aim is the detailed characterization of the hydration of intrinsically disordered, amyloid forming, and globular proteins. We have developed a procedure based on wide-line NMR spectrometry, nuclear relaxation rate measurements and DSC for this purpose. This interdisciplinary experimental approach can be applied for the determination of the disordered/ordered nature of novel proteins concerning their secondary structure. These experiments also enable one to map the differences between the protein classes intrinsically disordered, amyloid forming and globular. We focus on 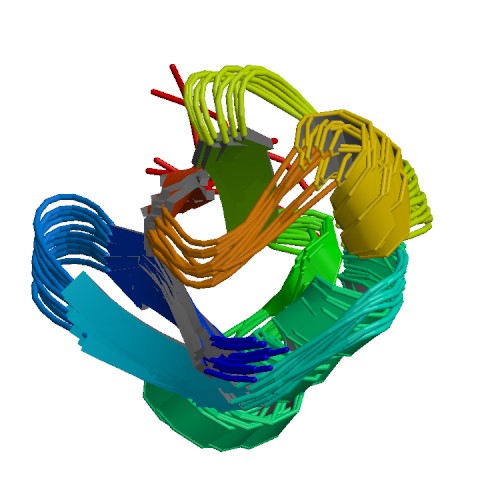 The protein molecules and their hydration water form one phase in the thermodynamic sense and the specific heat of the protein+hydration water can be estimated accordingly by a proper combination of NMR and DSC methods (Bokor et al., 2010; Tompa et al., 2009; Tompa et al., 2010). We have found that the endothermic peak due to the eutectic phase transition of the NaCl-water system, detected calorimetrically, can be used as a direct indicator for the interactions between the protein and the Na+ and Cl– ions (Tompa et al., 2006; Kamasa et al. 2007).

The information provided by these NMR techniques is complementary to that obtained by other, more often used methods (homo- and heteronuclear Overhauser effect, nuclear magnetic relaxation dispersion, and spin-spin relaxation).